It’s been five years since customers began to use and merchants began to accept chip-enabled credit and debit cards on a wide scale. The idea at the time was these chip cards would prevent credit card fraud—but have they? Have shoppers and stores embraced the chip card? Are they still safe? Can they be hacked? Here’s a closer look at where the chip card began and where it stands almost five years later.

Origin of the chip card rollout in the U.S. explained

In 2015, chip-enabled credit and debit cards became mainstream in the United States. Customers began to switch from “swipe and sign” to “chip and signature” cards with EMV (Europay, MasterCard and Visa) chips.

When these chip cards were deployed, the liability for fraudulent charges shifted from the customer to the merchant if it did not have EMV technology in its store. That potential liability motivated merchants to have chip readers in their stores.

Chip cards are harder to copy than the traditional magnetic stripe card. It is also easier for thieves to steal data from magnetic stripe cards. Merchants only need the card number and expiration date to complete the transaction. That means thieves just need that same small set of information to create counterfeit cards.

EMV chip cards offer more security because a different code is used for every credit or debit card transaction. The one-time code is encrypted, making it harder for criminals to copy it without expensive equipment. 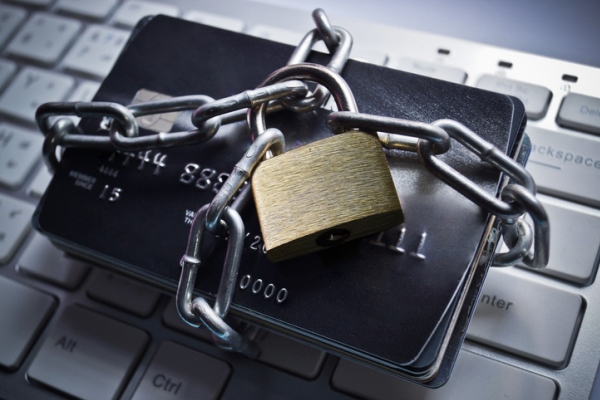 It’s good to see that so many people are using chip cards, but what matters most is those cards are preventing credit card fraud. According to Visa they are—merchants reported a 76 percent decrease in card-related counterfeit payments since the U.S. payment industry started its shift towards the EMV chip.

The latest in credit card security

While chip cards have added another layer of security, they are not necessarily more convenient. It can take less time to swipe a credit card than it does for the card to sit in the more secure chip reader. Card companies have recently addressed this issue with the “Tap and Go” or “Tap to Pay” feature. Shoppers can hold their tap and go card up to a reader to complete their purchase.

The cards use the same NFC (near-field communication) technology as mobile wallets like Apple Pay. When the card is tapped, a chip and antenna in it send a token through radio waves to finish the transaction. Much like the chip, the token uses random data so thieves can’t use it again to make a fraudulent purchase. The difference between EMV chip card and the tap and go card is time—an EMV transaction takes approximately 30 seconds versus 13 to 15 seconds for a contactless payment, according to Yahoo Finance.

Chip cards are more secure, but still require your attention

The EMV chip cards have brought credit card fraud numbers down, but they are not 100 percent fool proof. After all, there are no chip readers for over-the-phone or Internet card purchases. That’s why CNP (card not present) fraud and data breaches reached an all-time high in 2019—a 45 percent increase, according to Better Credit Blog.

Chip cards have the same effectiveness as magnetic stripe cards from a security standpoint when used online. Hackers only need the cardholder’s name, the card number, expiration date and CVV (card verification value) code to make fraudulent purchases. All of this information is typically entered into online forms when you’re making an online purchase.

It’s important to stay on top of your financial records—even if you have an EMV chip card. Review your credit card statements and credit reports and report any unfamiliar purchases right away. Also be sure to confirm the source anytime you’re sending your card information to someone online.

GEICO Portfolio Identity Protection helps you safeguard your credit, identity and more. Sign up for a plan today for protection from ID theft as well as access to your credit report and certified identity theft resolution specialists.